Willow: The Remarkable Life of a Curious Girl 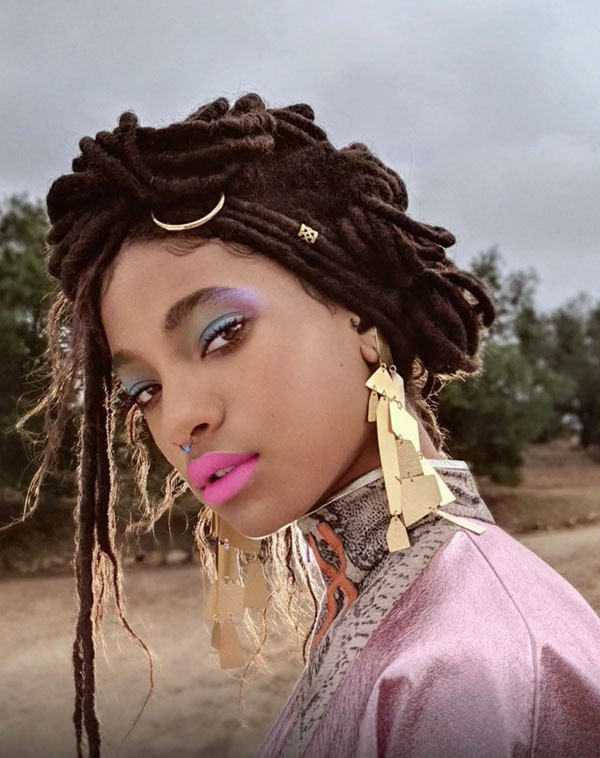 I was 14 years old when “Whip My Hair” came out. I was 14, and the artist behind the song was ten. I sat at home and watched Willow Smith whip her hair back and forth and back and forth on The Ellen Show and it felt like watching the beginning of something sensational. Willow was still three years from being a teenager but she dominated the stage with a presence that felt like bottled youth; she was vibrant beyond her years and her energy was captivating. “Whip My Hair” marked the birth of a superstar. Seven years later that superstar is 17, and has just released her most personal album to date.

Willows’s second album is called The 1st. On the album artwork, the artist turns her face away from the listener, staring into the distance and a little to the left. Her illustrious hair is gathered into braids and wrapped in a green scarf, and the only decoration adorning her face is a septum nose ring. Her expression is one that may well be familiar to the parents of a teenager. Her lips are pursed and her face is filled with the frustration and boredom of youth; the clarity and stagnation that comes with the feeling that you can see precisely what is wrong with the world, but don’t quite have the power to change it.

Written and produced by Willow herself, the lyrics of The 1st read like honest and personal notes found on an iPhone. In a tweet to launch the album, Willow described it as the, “emotional regurgitation from the depths of a burgeoning woman.” The process of evolving from a girl to a woman is already painful and complicated, but to do this under the harsh scrutiny of the global media—primed and ready to take you down at every hurdle— is unimaginably complicated. “I’m going to be completely and utterly honest, it’s absolutely terrible,” said Willow, when I asked what it was like to be playing out her teenage years in such a public manner.